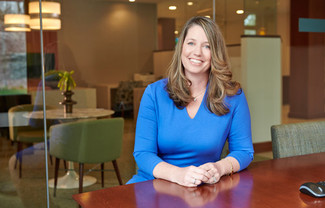 The Massachusetts Apartment Association (MAA) announced that Jennifer Murphy will serve as their President, effective January 1. Jen, who is Director of Marketing, joined CHR 25 years ago and will hold this office at MAA for one year. She is the third member of CHR’s management team (George McHugh in 2010 and Ed Zuker in 1989) to serve in this capacity. Jen has been an active member of MAA (previously known as the Residential Housing Association) for over 15 years and has participated in several noteworthy committees and initiatives. “In 2020, COVID-19 was a major focus for the multifamily industry as a whole and MAA as an organization. Despite the challenges of social distancing, we continued our series of networking coffee chats on this and other timely topics, hosted a virtual Achievement Awards ceremony to honor and recognize excellence among our members, and continued our series of Leadership Discussions with the NextGen committee,” Jen said. “In 2021, we will introduce a new series of educational webinars, and, if all goes well, resume in-person networking and special events in the second half of the year -  most notably, the annual MAA Expo on September 15, and the Achievement/Presidents Awards in November or December,” she added. Remarked Ed Zuker, Founder and CEO of CHR, “This new leadership position is well deserved. CHR is committed to industry involvement, and there is no better person to represent us.”