Tom Higgins is MAA’s Rising Star of the Year 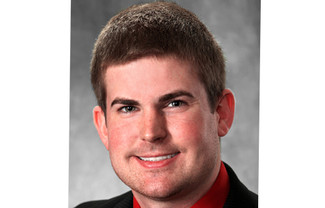 Tom Higgins, Marketing Manager for Chestnut Hill Realty, has received the Massachusetts Apartment Association’s (MAA) Rising Star Award. Tom was honored at MAA’s annual achievement Awards event, which was held virtually this year. This new award category recognizes those newer to the industry, who are committed to making multifamily real estate a career, and who have gone above and beyond in their communities and careers. Since starting at CHR as a Resident Serviced Professional at Norwood Gardens, Tom quickly distinguished himself and was promoted to Leasing Specialist in 2015 and then to Leasing Development Manager in 2016. In this latter role, he was responsible for training and mentoring all leasing staff members. In 2019, Tom became the Marketing Manager, assuming a job title that more accurately captured the full range of his responsibilities and contributions. Jen Murphy, Director of Marketing, remarked, “While Tom has excelled in this role, his resilience and resourcefulness have been put to the test over the past six months. As the Company shifted first to virtual leasing and then to new back-to-work protocols, Tom was instrumental in making adjustments to how the company connects with prospective residents, conducting virtual training sessions for the leasing team on these shifts in strategies.” Tom has made similar contributions on an industry level as a member of MAA’s NextGen and Education committees, and has regularly taught the Certified Apartment Manager (CAM) course module, "The Resident Experience."