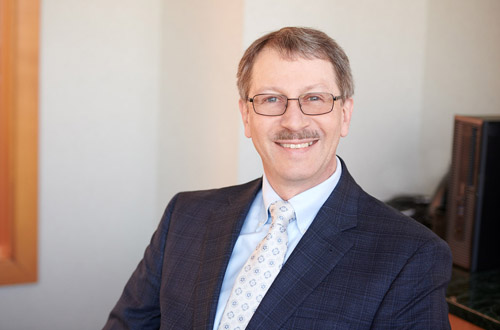 When he joined Chestnut Hill Realty in 1993 as Controller, responsible for overseeing the Accounting Department and financial reporting, Carl Andersen had already been working closely with the Company for nearly a decade.

While serving as CHR's lead accountant with the local CPA firm, Shuffain & Zophin PC (now Walter & Shuffain PC), Carl received his CPA license with a concentration in Real Estate. In his current role as corporate Treasurer, Carl continues his connection with CHR's outside CPA firm, coordinating on short- and long-term tax and financial planning.

Over his tenure, Carl has overseen more than $2 billion in financial activities, property acquisitions and repositionings, and facilitated the transition to two major computerized accounting systems. As Treasurer, he is responsible for a significantly expanded Accounting Department, as well as financial analysis and other Treasury functions more broadly. In particular, he focuses on long-term investment returns, analyzing potential acquisitions, developments, and capital improvement projects for maximum return on investment. Additionally, he applies his long-term vision to CHR's corporate culture, lending his expertise to the Executive Leadership Team and the Investment, Executive, and Strategic Operations committees.

A member of the Real Estate Finance Association of the Greater Boston Real Estate Board, Carl is also active in his community, serving on the Financial Advisory Board in his hometown of Foxboro, Massachusetts and supporting various local non-profits. He earned a Bachelor's degree in Accounting from the Rochester Institute of Technology.