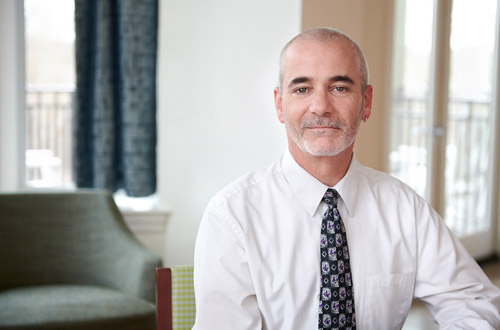 As Director of Information Technology with Chestnut Hill Realty since 2002, Phil Washko oversees a department of seven in managing all IT operations, including hardware, software, applications, security, and connectivity.

Under his care, CHR's highly competent and successful IT team has built and continues to maintain a stable, secure, and productive Wide Area Network (WAN), which encompasses eighteen data centers.

Phil's leadership has also contributed to the successful implementation of system and website upgrades. As a member of various committees at CHR--Senior Leadership, Operations, Communication, and Security--he has helped direct policy and operational change. He is a particularly active contributor at CHR, having served on multiple teams and task forces from Website Development, Internet Marketing, Communications, Crisis Management and Security.

Phil has been recognized annually by the CHR President's Club and is a Certified Network Engineer and Microsoft Certified Solutions Associate and is affiliated with the Project Management Institute. He co-founded the Yardi New England Users Group and directly contributed to Yardi's product development through their annual Focus Groups. Phil studied at El Camino College and at Chapman University, where he received a B.S. in Computer Information Systems.